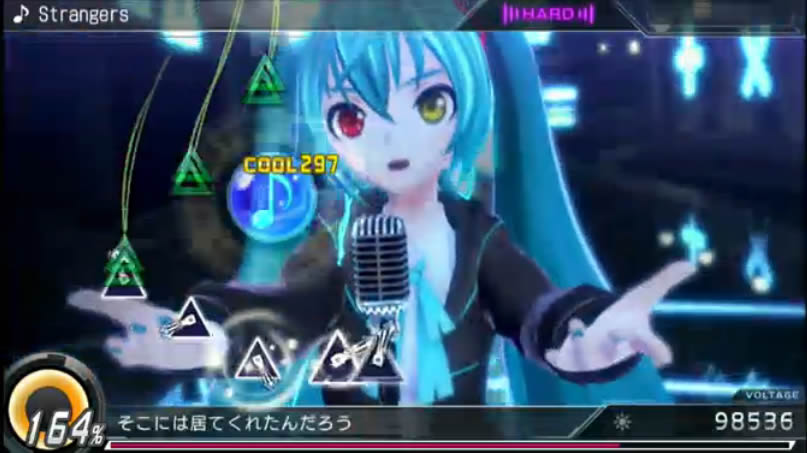 SEGA made announcements today at the Tokyo Game Show that revealed some new information regarding Project Diva Future Tone (the Arcade to PS4 game port) and Project Diva X. 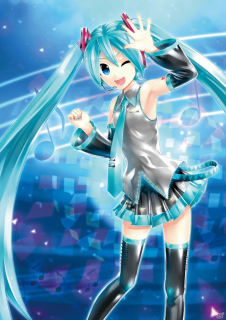 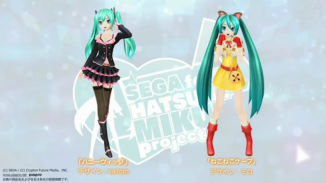 The SEGA feat. Hatsune Miku Project series supervisor, Utsumi Hiroshi, also stated that the PlayStation 4 port of Project Diva Arcade: Future Tone (titled Project Diva Future tone for PS4) will feature “a package showing chivalrous spirit”, as a gift to fans as thanks for their support. This hints at, but doesn’t fully confirm, the massive 200+ songlist for the PS4 port. 1080p resolution and 60fps will also be preserved for the PS4 version. The exact release period in 2016 still hasn’t been confirmed. As for further monetization of the game, they’re still working out ideas. We’d be inclined to believe that all future song releases for Arcade will be paid DLC for the PS4 game.

Hiroshi also mentioned the team is still trying to figure out how to map the controls to the PlayStation 4 controller buttons, since trying to hit all 4 symbols at once would “kill your thumbs”. We expect an Arcade-style controller release to accompany the game to also be a possibility.

During the live stream, a number of songs were played in the background, and one in particular caught our attention: Nebula by Tripshots. Since Tripshots is one of the confirmed producers for inclusion in Project Diva X, we believe this is likely the song of his that will be featured in the game.

On the topic of Project Diva X, a few more details of the game were recently announced via Famitsu and SEGA. There are two new modules revealed for the game: “Judgement” designed by Tama, and “Silent Voice” designed by Tokichi. These modules are used for the songs Love Trial by 40mP, and Strangers by HeavenzP, respectively. 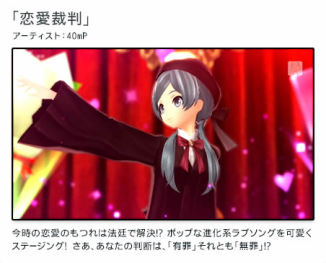 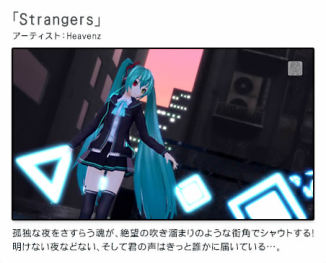 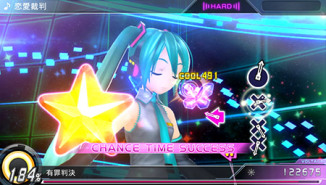 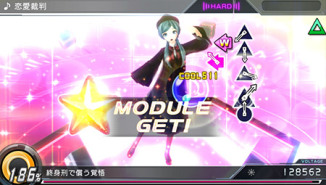 The update mentions that the new “Quest” mode of the game can also allow the unlocking of modules, songs, stages, accessories, etc. It can also allow you to obtain modules in a new way. By means of clearing the “chance time” events, you can now have a chance at unlocking a new module instantly by having it “drop” during the song, as opposed to buying it from the shop like you normally would in past games. Alternatively, you can also unlock these items using the more traditional “free play” game mode.

The voltage meter now replaces the typical song progress bar of past Project Diva games, although it’s unclear if this applies to just Quest mode, or Free Play mode as well. It works fairly similarly to the old progress meter, to where you need to reach a certain minimum voltage percentage to pass the song.

Outfits now interestingly have attributes, which can affect your “voltage” in gameplay, making it either easier or harder(?) to complete a song. Confirmed module attributes: Silent voice (COOL), Original (NEUTRAL), Judgement (CUTE), Honey Whip (BEAUTY), and Neko Neko Cape (CHAOS). Items/accessories are also confirmed to have attributes. It seems that Project Diva is adopting some RPG gameplay elements? 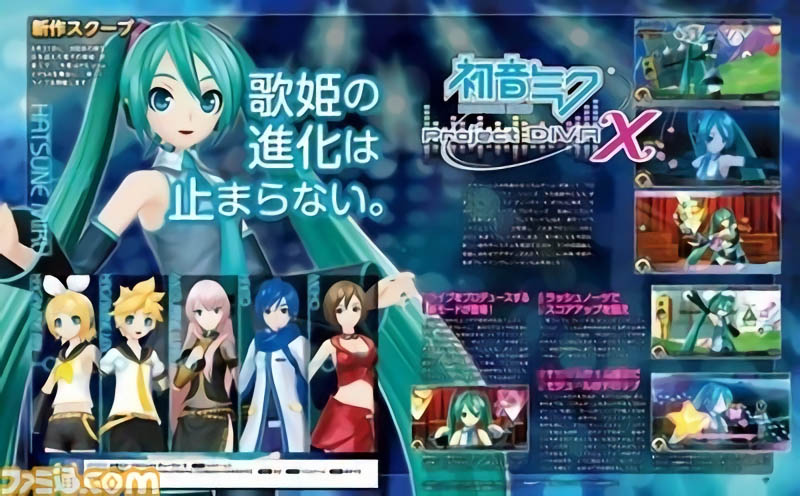 In celebration of Hatsune Miku’s 8th anniversary today (it’s now August 31st in Japan), SEGA has announced the newest Hatsune Miku: Project DIVA title in the series: “Project DIVA X”, which is the 10th Project DIVA game release to date. While little is known regarding the new project, several interesting points have recently been revealed.

The game’s theme song will be composed by Ryo, and we already have at least one game song confirmed: Raspberry*Monster by HoneyWorks (with the module designed by Aki Akane). A new gameplay mode called “Live Quest Mode”, which promises a new exciting way of playing the rhythm game.

In addition, a teaser screenshot has been released by SEGA via their Hatsune Miku Project blog. Below is a trailer released by SEGA, revealing some of the music producers and illustrators for the next game title: 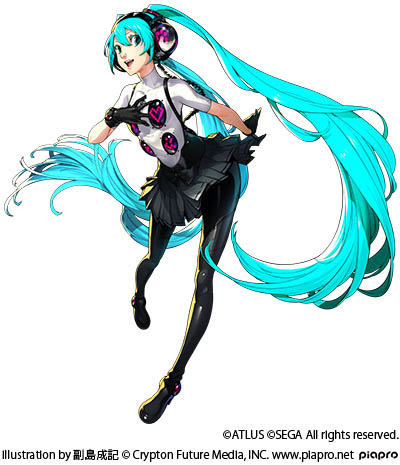 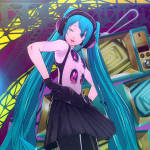 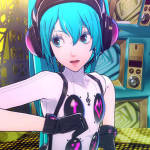 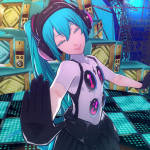 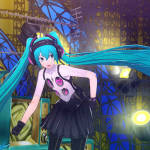 Beginning June 12th, Hatsune Miku fans were able to place reservations at the Huaihai Road store in Shanghai for 100 white PlayStation 4 units, and 100 white PlayStation Vita units, each with their own unique bonuses. The PS4 bundle was priced at 2899 Yuan ($465 USD), and included a replacement hard drive cover plate with a decorative Miku Expo decal, and a ticket voucher for an “A” section seat at the concert. The Vita bundle included a somewhat simple looking Miku Expo shirt, and cost 1299 Yuan ($208 USD).

As one of the main event sponsors of Hatsune Miku Expo in Shanghai, Sony PlayStation China seems to have underestimated the attraction Hatsune Miku goods have to hardcore fans, and didn’t have nearly enough stock of their event promotion bundles (haven’t we seen something like this happen before?). Despite planning to keep reservations open until June 20th, the bundles have been reported to be completely sold out in the first 24 hours. Honestly, who didn’t see that one coming?

Hopefully Sony will learn from this and stock enough goods in the future. And preferably with goods not as expensive as the Miku Xperia edition phone, which sold poorly for being too costly. Official promotion page: http://www.playstation.com.cn/activities/MIKU.htm 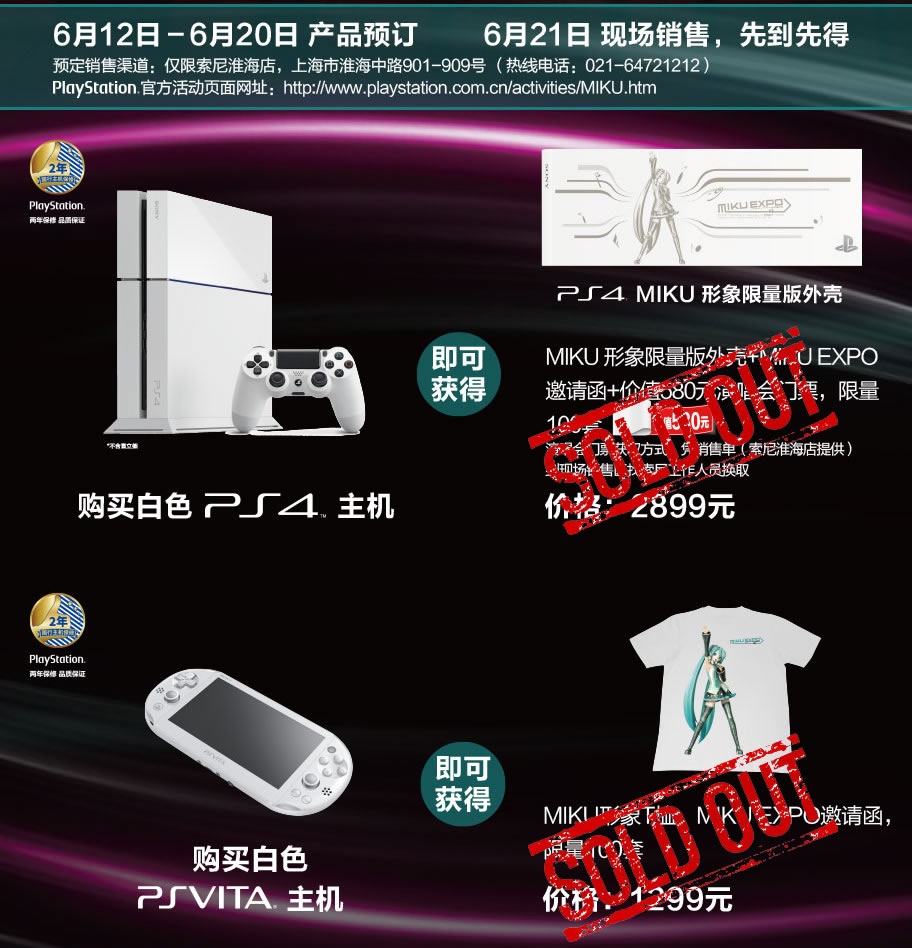